It is a pleasure to be able to address all of you and welcome to our institution as a new president. It is a pride and it is a great responsibility to represent the Vela Blanes Club and all of you.

The loss of our former president, Amadeu Nualart, was a tough blow for all and I hope to take over with the support you have given me, depositing your trust in me, continuing the extraordinary work that for more than 80 years ago this Club has been characterized.

The family that represents the Vela Blanes Club is completely heterogeneous and that's why we all add up. We all do strength and we all have to navigate in the same direction. We are a modern club, respectful of the environment, that we have experienced a very notable change in our organization in recent years: significantly improving our facilities and experiencing a significant growth in the supply of port and sports services. The latter, not casual, are one of the mainstays of our Club: sustainable sailing, competition sailing, inclusive sailing, equality sailing or school candle among others are an example. The other is the social field. We live years where communication and new technologies will mark the future of the generations that will follow us. Advertising plays a determining role in today's society, identifying the individual with a certain product, service and experience. Now we have the opportunity to make all the partners involved in all the changes, offering activities that make them feel rooted and making them feel identified with the first Vela de Catalunya Club. We have to assert the sense of belonging to an institution, transmitting values ​​of sportiness, solidarity, overcoming ... all together finding any excuse to go out to sail in family, friends, feeling that we are and we are part of a great Club de Vela Blanes.

Finally I would like to address all those who visit us and those who do not know us yet. I would like to invite you to this corner of the Costa Brava, in our town of Blanes, because you know our exclusive facilities in an incomparable setting, so that you enjoy the hospitality of those who are part of this family, a club formed For friendly browsers, the war is just over. Because you want to live and savor the nautical culture with the five senses.

Club de Vela Blanes was founded with legal status in 1943, but it had already been running activities since the late 1930s. Under the name of CAU, its founding members, along with other lovers of the sea, (Josep Mª i Ferran Pinto, Paco Coll, Joan Vieta, Rafael Bataller and Josep Mª Grau among others ) had, from the very outset, a clear idea of the Club’s philosophy:the sport of sailing had to be their raison d 'être.

During the first few years, until the mid-20th century, the sport focused on the 160 fleet of Snipe class, the social and recreational character of the "CAU excursions" and the creation of social centre and walkways. This first stage was led by René Bourlon.

The consolidation of the Club would arrive during the second half of the century. Firstly, under the Presidency of Ramón Doll and then Xavier Oms, the first stone was laid of what would become the Club as it is known today. A period that stood out for the major events organised at the Club and for the great sports men and women that emerged in the Optimist, Moth Europa and Snipe class. In a second stage, under the command of Josep Arxer as president, the Cruise class saw the birth of the Princep de Girona Trophy.

At the end of the 20th century, Simón Schwartz took over the Presidency, with the aim of remodelling the facilities in order to increase the comfort of club members and to facilitate the training of sports men and women. This period included great end of season dinners held for members, which proved very popular, and major sporting events on an international level such as the Vila de Blanes Samsonite Trophy. The sailing school, approved by the RFEV and the FCV in 1992, set out on its course slowly but surely, and it continues to the present day.

Finally, and until the renewal of the concession, Amadeu Nualart, latest president of the Club de Vela Blanes, has witnessed the start of a fishing section and, during the early years of his tenure, he consolidated the sailing school. This period has also included the creation of the first Sailing Institute of Catalonia (IES Serrallarga), working with the areas of education and sports of Blanes Town Council to bring sailing to primary schools, and the consolidation of the Club’s sports organisational chart along with the activity of Accessible Sailing for people with disabilities. In addition, the >Premi Es Niell 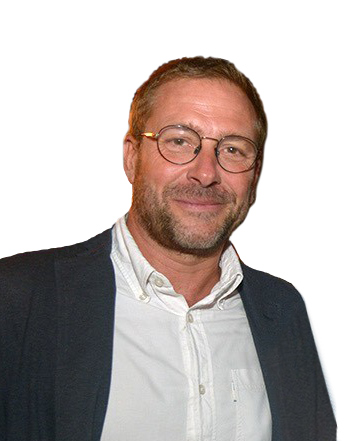